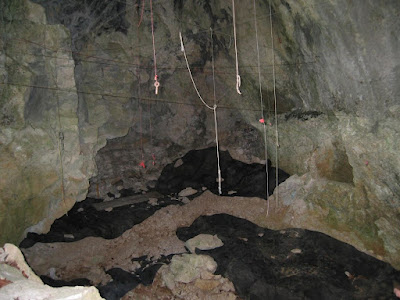 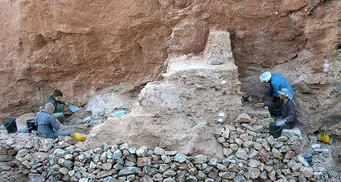 On 8 and 9 October 2021, the online International Methods Workshop took place with the theme of Quality and Quantity: Approaches to Humans and nature in an interdisciplinary dialogue. The program included talks by German and international scholars as well as tandem presentations by members of the fifth cohort of the GRK. There were about 25 participants. Presentations of 30 minutes with 15 minutes of discussion were given in both German and English, with a concluding discussion at the end of each day. Social gathering were held via the platform of wonder.me.

A warm welcome by Prof. Althoff and Prof. Lauer was followed by a keynote lecture by Prof. Uwe Saint-Mont, professor of statistics and computer sciences at Nordhausen University of Applied Sciences. He explained how we as scientists are trying to gain answers from nature using both quantitative-mathematical and empirical-experimental approaches. Data is seen as the foundation of statistics, on which in turn the empirical sciences and science-based philosophy are built. Statements can either be true (or nearing the truth) or false, non-falsifiable or "wronger than wrong" (after Isaac Asimov): 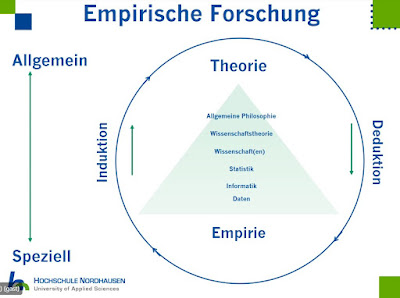 Fig. 1: The nature of empirical research (from the presentation of Uwe Saint-Mont).

Through precision, physicists attempted to expose falsehood, causing truth and measurement technology to be inextricably linked. Newton's invention of mathematics connected the theoretical with the practical. Problems from the natural sciences could now be approached using applied mathematics by solving differential equations. This connected theory with technology, and relations of ideas with matters of fact.

What wasn't connected, however, was speculation with rudimentary knowledge, illustrated by Prof. Saint-Mont with the plague epidemic of 1348. Back then, it was assumed that the physical elements were expressed in bodily fluids, and when these fluids were out of balance, a person became ill. Because the theory behind this problem was wrong, an estimated  one-third of the European population died. Needless to say, similar problems of pseudo-science and 'fake news' are plaguing our society today. 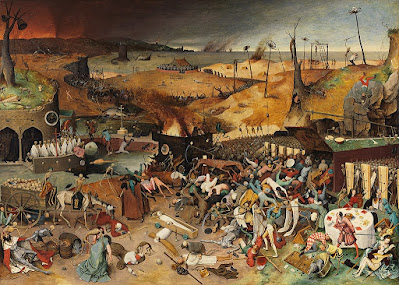 Fig. 2: Pieter Bruegel's "The Triumph of Death" reflects the social upheaval and terror that followed the plague that devastated medieval Europe.

Next, Dr. Fiona Coward of Bournemouth University treated us to a talk about networks and how they can be used in archaeology. Although sometimes dismissed as a buzzword, networks can connect any entities such as people, places and the things people use (material culture). People in (pre)history and today move around within the landscape, and certain places can be imbued with meaning (e.g. Uluru for the Aborigines). Furthermore, we share this world with other species that we interact with.

Networks basically consist of nodes (entities) and edges (their links). Using quantitative approaches, the measures of these networks can be calculated (such as degree, centrality, betweenness, etc.). When studying social change between Epipaleolithic and Early Neolithic peoples, networks can be used to document similarities between sites. The assumption here is that the more similarities exist, the more contact existed between sites. 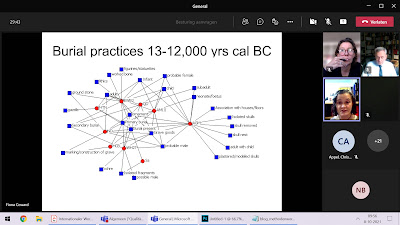 Fig. 3: Networks of archaeological sites (from the presentation of Fiona Coward).

Dr. Coward noticed how the degree (number of connections) went up, but there was also increased density in the network. I.e. there was an explosion of material culture as people started producing more things. She found that material culture simplifies social interaction with strangers. Objects are durable, divisible and diverse, not just data points but items to be valued, with a biography of their own. In archaeology, objects are furthermore combined into assemblages. By taking the sites out of the equation and just looking at the material culture, the variability of human social relations could thus be explored.

With the next contribution by PD Dr. Tim Kerig, we delved into Neolithic mining operations across Europe. While the landscape of southern France is covered with stone artefacts, the deep shafts of Grimes Graves in Norfolk show how flint was unearthed using antlers for pickaxes. Over 200 mining sites can thus be identified in Europe. Stone, copper and jade were extracted and traded in the hinterland, the production cost of which can be quantified. In relation to the population, this can tell us something about the importance of this type of labor. Likewise, the production of staple bread can be quantified, relying on ethnographic measurements of labor time. Dr. Kerig then demonstrated how production (of stone artefacts and bread) essentially propelled civilizations. 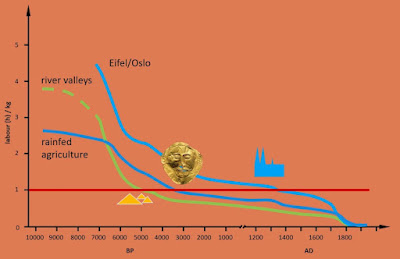 Fig. 4: Civilization and the cost of labor (from the presentation of Tim Kerig).

Next, Dr. Christiane Hemker showed us many interesting approaches to the archaeology of medieval silver mining in Saxony. Through various techniques such as geobotany, sedimentology, physical anthropology and dendrochronology, the interaction between people and the mountain landscape is documented, reconstructed and presented to the public. This includes the study of the wood that was used in the mining process, the food that was consumed by the miners, and exciting 3D reconstructions that make all this research vivid to the public.

Video: 3D reconstruction of the Dippoldiswalde during medieval times.

Jan-Eric Schlicht from Kiel University combined his interest in philosophical theory with his knowledge of computational archaeology in a contribution about systems in archaeology. He discussed boundaries between disciplines (for example Near Eastern archaeology vs. ancient history), complex systems (illustrated by a termite mound that appears architecturally planned but isn't) and the process of neolithization. He concludes that quantitative and qualitative researchers will have to integrate at some level.

The first day was concluded with a triple resentation by Francisco José Gómez Blanco, Benny Waszk and Judit Garzón Rodríguez. Referring to their individual research projects (all concerned with 'bodies' in some way), they presented the topic of multimodal discourse analysis. After an introduction by Judit on the construction of a corpus (of ancient Egyptian penis iconography), Francisco showed how his images of gladiatorial violence fall into four categories. Benny explained how the decorated pillars of Göbekli Tepe contain no texts, so they can be approached through objective description and observations of the space made visible using photogrammetric techniques. 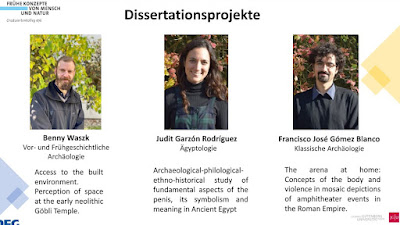 On Saturday, the Methodenworkshop continued with the fields of social sciences and literature studies. Dr. Judith Glaesser from Tübingen showed how she used Qualitative Comparative Analysis in researching the important question why women earn less than men.

Prof. Udo Kelle from Hamburg University, social scientist and 'hobby archaeologist' introduced us to the hermeneutic circle illustrated by the treasure of Priam: If you only look for what you want to find, you will find what you're looking for. By using triangulation, a technique from psychology, this circle can be broken. Converging results can validate a statement, diverging results identify problems with validity or methodology, and complementary results (such as absolute and relative dating in archaeology) can aid interpretation and provide breadth and depth.

Dr. Sandra Rodríguez Piedrabuena from the University of Seville subsequently demonstrated how to analyze a text (in this case Euripides) by using QDA software. She used this to study characters in the text based on the clustering of similar words. By visualizing this material in a dendrogram or 3D graph, new insights into linguistic aspects of a text can be gained. No doubt many more uses can be found for textual analysis using this software.

A final tandem presentation was given by Christoph Appel and Jessica Knebel on quantitative metaphor analysis. Studying the concept of 'love' in ancient Egyptian love songs and Attic tragedies, the doctoral students came to some interesting conclusions, such as the lack of the word 'love' in ancient Greek. Using methods of digital analysis provided by the TLA (Thesaurus Linguae Aegyptiae) and TLG (Thesaurus Linguae Graecae), they demonstrated the possibilities of digital corpus analysis of ancient texts.

The Methodenworkshop was concluded by a discussion and some delighted words from Prof. Claudia Lauer. 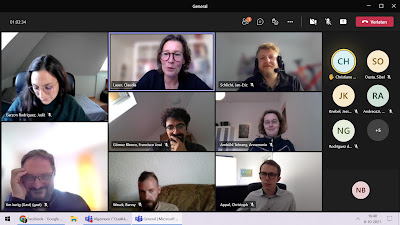 Fig. 6: Some of the participants of the Methodenworkshop.
Eingestellt von GRK1876 um 15:29 Keine Kommentare: 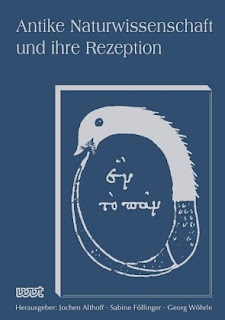