From iconography of the sky to early modern healthcare: Particulars and universals of the Methodenseminar

In the final session of the Methodenseminar, Yossra Ibrahim treated us to a presentation about the iconography of the ancient Egyptian sky in the form of celestial diagrams. Iconography and Egyptology share a long history. As soon as Egyptian art was introduced into Europe after the expedition of Napoleon, art historians began to compare Egyptian and classical art. Were different principles underlying the two? Methods for studying ancient Egyptian art were adopted from European art history and classical archaeology.

The ‘Egyptian way of seeing’ with its aspective rather than perspective characteristics has been most elaborately treated by Heinrich Schäfer in Principles of Egyptian Art (first published 1919). Erwin Panofsky introduced the methods of iconography and iconology chiefly for Renaissance art (Studies in Iconology, 1939). These methods have been transferred to and widely used for Egyptian depictions. 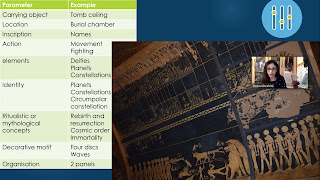 Fig. 1: Describing and interpreting the astronomical ceiling in the tomb of Seti I (ca. 1300 BCE).

The so-called celestial diagrams occur on, but are no limited to, tomb ceilings. One of the most famous examples is the astronomical ceiling in the tomb of Seti I in the Valley of the Kings. The yellow-golden images set against a dark blue background represent intricate deities, planets, stars and constellations. They were meant to help the king to be reborn in the afterlife and to maintain cosmic order. The iconography of the celestial bodies developed throughout the course of Egyptian history. During the Graeco-Roman period, the planets and other celestial elemnts existed alongside the zodiac. 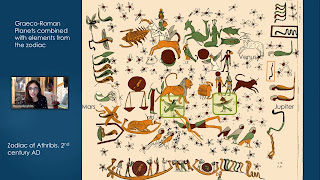 Next, Jana Schreiber, an external PhD student from Marburg University, introduced us to her work on Frankfurter healthcare during the early modern period (ca. 1500-1750). She took us on a search for 'universals', defined by Ethnologist Christoph Antweiler  as features, elements, or phenomena that are regularly observed in all known societies. These universals can occur in absolute form (valid for all known societies), almost universal form (valid for most societies) or as implication universals (depending on other characteristics). 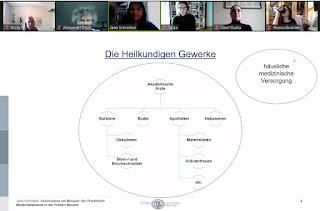 Fig. 3: Schematic of the healing trades in early modern Frankfurt.

Schreiber explained how a ‘universal’ phenomenon played out against the background of the developing Frankfurter healthcare system. Here, two groups of health practicioners (doctors and pharmacists) were responsible for treatments from their own respective fields. This led to a hierarchy forming between these two groups, which is still felt today. Social dominance would place the ruling doctor above the executive pharmacist, although mutual dependency in turn leads to a constant renegotiation of this rule. In the growing urban population of Frankfurt, pharmacists were seen more as merchants than physicians.

At the end of the session, we looked back upon the Methodenseminar, trying to clarify such questions as how semiotics and iconology differ from each other. During the seminar we learned to try different methodologies and see where they were applicable to our material, and perhaps even combine several methods to come to a better understanding of the (ancient) cultures we are studying. 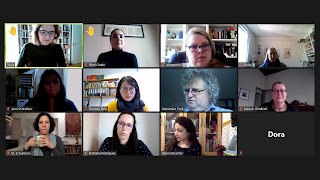